A few weeks ago we spent some time in the historic town of Cobalt, Ontario in an attempt to bring the history of the area to light before we made our way up to Gowganda for a site visit. Northern Ontario has always been of interest for junior mining companies, given the immense opportunities it presents for exploration.  The geological nature of the area is perfectly suited to host a variety of commodities like gold, silver, nickel, copper, cobalt and diamonds. Given the success of mining in Northern Ontario, it’s no surprise investors keep a close eye on this region of the world in hopes of being part of the next big discovery and iMetals finds themselves in a very unexplored area in between two significant locations with a rich history of mining.

Our first stop was on the North end of the property where the recent drilling was done. Tom O’connor  (lead prospector) talked with us about the challenges of stripping the overburden and washing the Rock for channel sampling in the frigid Northern Ontario winter climate. The exposed area showed quartz veining, alterations and oxidization throughout the conglomerates which seemed to be abundant in the immediate area. The drill holes where spread out over about 150 metres or so and all targeted below these exposed outcrops which returned grades that would be viable for a surface operation but still need more drilling to be done to confirm this. To the west lies Soot Lake which is adjacent to 3 faults that seem to converge to the south of where we were and home to some of the recent targets identified by the VTEM survey which was recently completed in the northern half of the property. This area is a definite point of interest due to these faults and its proximity to Juby, not to mention the fact that it was also highlighted by Albert mining as part of some work they did for CRESO back in 2005.

While capturing Arial footage of the area we were able to assist the prospectors by identifying outcrops as a point of interest which will ultimately speed up the process of planning an aggressive exploration program. The faults were easily identifiable from the air given that one was highlighted by a very straight creek that extended from Soot Lake and the other two clearly highlighted by peaks and valleys. So while the geological and VTEM mapping already highlighted these areas, having drone footage clearly has its benefits in this process.

Geologist Dave Gamble, who started working with iMetal Resources in January, was kind enough to come to the site for the day and give us his opinion of the potential of the project given what he has seen so far. He was very well prepared with a number of geological maps and often found himself exuding with excitement discussing opportunities on the property.  Dave has identified many outcrops on the property as being conglomerates and many indicators that support the theory that this is part of a much larger hydro thermal system and is eager to get exploring the rest of the property and share his findings.

“Porphyry Feldspar dykes can be found in many places on the property that offer clues to a larger hydrothermal system that created the alterations we see on the IMR property” said, Dave Gamble.

The next day we made our way to zone 3 in the southern end of the property where they have been busy taking grab and channel samples and exposing a large outcrop in order to understand the geological nature of the trends. On our way through the property, Dave had us stop in a few different locations highlighting different geological features from conglomerates that contained fragmented red Jaspers and Magnetite associated with much younger Temiskaming like rocks and the Cobalt sedimentary trends to much older type of rocks seen in the Timmins area on the Porqupine trend which is a pretty prolific area for gold mineralization. At one point we stopped and Dave pointed out a white outcrop, not unlike others we had seen along the way and he was quick to highlight the significance of this alteration on the property.

Once we arrived at zone 3, the topography of the land was noticeably different. We were on a plateau high above the valley below and after walking around poking at the outcrops we were guided down a steep embankment to the location where they had cleared off the overburden earlier this year exposing a large area for sampling. Dave walked us through the location identifying some of the noticeable alterations in the rock and highlighted one point of interest in particular. This was an area of broken rock in the middle of the outcrop about 1.5 meters wide that stretched from one end of the outcrop to the other. It was clear that this was one of the reasons they chose to explore this feature further. The quartz veins were worn and weathered and clearly oxidized, piles of samples were scattered around the working area, left behind from the grab sampling they had previously completed. Channels were cut up and down the outcrop, across the weathered quartz veins for sampling and it was clear that they had been hard at work because it would have taken weeks to accomplish this level of stripping on the hillside.

We put our drone up in the air yet again to not only obtain footage of the immediate area but to also assist Tom in identifying potential targets for further exploration. Being up on the hillside we were able to see many points of interest that were highlighted by the maps that Dave had on hand. As we flew over the thick canopy of trees, creeks, and the nearby lakes we found new targets that saved the prospectors weeks of stomping through the bush.

Our last day on site we had the opportunity to do some prospecting with Tom and Jordan on some of the locations we found flying the drone over potential targets. This was particularly exciting as we had the opportunity to observe these guys in their element. We took the Argo back into the woods down an old logging trail to a location with around 15 exposed outcrops in search of further signs of mineralization.  I paired up with Jordan as he went to work breaking pieces off points of interest and collecting samples for Tom to look at for a final decision on whether or not to do any additional testing. Watching the process first hand was an eye opening experience as they typically walk with a GPS in hand fighting off bugs while trying to identify new areas to explore. Prospecting can be very rewarding if you come across a mineralized outcrop but the amount of time involved in this process is incredible and at times must be overwhelming when working large areas of land.

In the end, I was very impressed and intrigued by the differing types of mineralization found across the property. I was encouraged by the crew’s optimism that they are onto something and eagerly await news on this year’s drilling campaign. There is a lot of work that needs to be done on the property but given the proximity to Juby, the geology of the area and recent geophysical testing, I’m optimistic that IMR is progressing this project with efficiency and determination to add shareholder value

If you are interested in the prospecting process and would like to read more on oxidization of outcrops, I suggest you have a read of this report written in 2006 by Peter Russell from the University of Waterloo…

Disclaimer: Insidexploration “IE” does not currently hold a position of IMR. This is a paid service but in no way does it reflect the companies thoughts or opinions. The accounts of the property are based on the experiences of Insidexploration and should not be considered investing advice as we are not financial advisors. Before making any investing decisions you should consult a Financial advisor. Please do your own due diligence and do not rely on others when making financial decisions.

Michel Fontaine - Why A.I. is an Essential Tool

With the Crawford Project progressing rapidly towards development, CNC is taking the necessary steps to build a highly skilled management team with extensive experience. Check out today's announcement below. 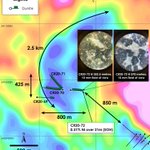 We measure the magnetic susceptibility of the rock before sampling. Magnetite is an important iron alteration mineral at #SPJProject. The intensity of magnetite alteration is strongly correlated with gold mineralization $BMK.v #techingcore #gold #expandingScadding 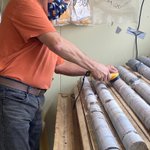 Proud to say we had something to do with this one! $win 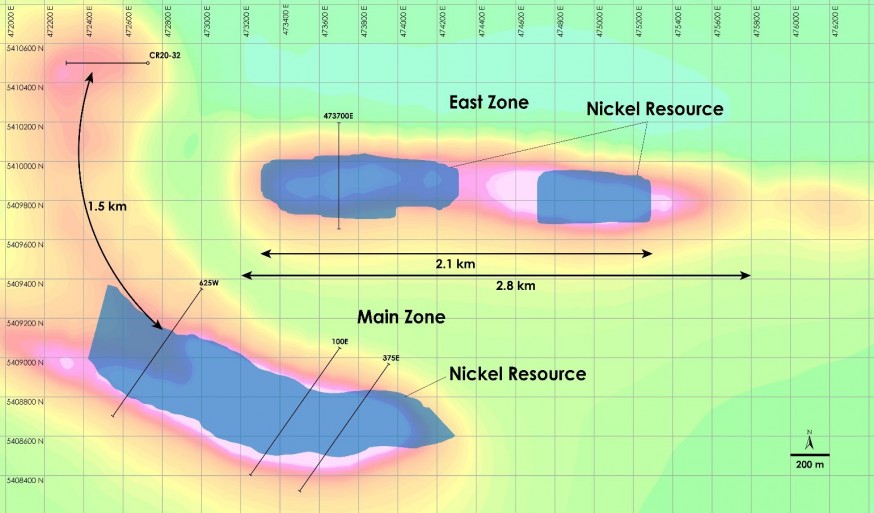 RJK Explorations Drills Kimberlite in Six Additional Holes at Paradis Pond; Expands the Kimberlite Body to 985 m in Length by 380 m in Width