RNC Minerals (TSX: RNX) (RNC) is pleased to announce it will be displaying the recently-discovered “Father’s Day Vein” gold specimens, which it believes are among the largest of their kind ever unearthed, at the Tucson Gem and Mineral Show® (TGMS) from February 14-17, 2019. According to TGMS, this is the largest, oldest and most prestigious gem and mineral show in the world.

The key event of the Gem, Mineral & Fossil Showcase is the Tucson Gem & Mineral Show® produced by the Tucson Gem and Mineral Society. This show has been held annually since 1955 and now occupies 181,000 square feet (16,800 m2) of the Tucson Convention Center. Many museums and universities, including the Smithsonian Institution and the Sorbonne, have displayed at the Tucson Gem and Mineral Show®. International media exposure – through television coverage and a barrage of travel and trade articles and advertisements – calls attention to this 60-year jewel of an event and the sunny Southwestern city that hosts it. This year’s gem show consists of more than 47 shows and 4,000 vendors and 50,000 people are expected to attend.

The Society’s intent from the start was to further the knowledge and appreciation for a hobby that was just beginning to grow. Their mission is to encourage interest and study in geology, mineralogy, lapidary, and allied earth sciences. Through their Tucson Gem and Mineral Show®, they remain dedicated to presenting extraordinary mineral and jewelry exhibits while bringing together jewelry, mineral, fossil, lapidary craftsman, and related publication dealers to provide an unparalleled variety under one roof. A combination museum / shopping experience that for four days delights young and old.

In September 2018, the world celebrated the Father’s Day Vein discovery by RNC, which has yielded more than 25,000 ounces of gold worth in excess of C$40 million including what we believe are among the largest gold specimens ever unearthed, including King Henry containing 1,402 ounces, Warren containing 893 ounces, and several other spectacular high grade specimens.

THIS IS AN EXHIBIT NOT TO BE MISSED!
YOU CAN SEE IT AT THE 2019 TUCSON GEM AND MINERAL SHOW®! 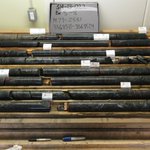 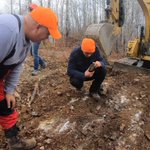 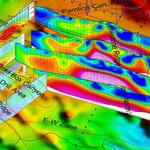