Kalgoorlie is one of the most historic mining communities in Western Australia and for good reason. Its home to The Super Pit, this feat of mankind is an impressive 3.5 kms long, 1.5 kms wide and 700 m deep and pumps out an impressive 850,000 ounces of gold every year.  Up until 2016, it hailed as Australia’s largest open pit mine, however, it officially lost its title to the Newmont Boddington gold mine which is also located in Western Australia about an hour ouside of Perth.

Our journey started at the Kalgoorlie tours and charter at 250 Hannan street in the heart of Kalgoorlie. We were suited up, given the run down and allowed to cruise through the gift shop before we boarded the bus and set out on our adventure. I wondered if it would be as magnificent as the pictures portrayed and relished in the opportunity to be able to photograph it myself.  As we approached the property it became very apparent that a lot of earth was moved over the years as they excavated the property in search of Gold. As they had 100 foot tiers of waste rock piled layer over layer all around the mine.

We drove over a bridge that had a conveyor belt running ore from one end of the property to the other and then through a tunnel before we came to the security gates. We were allowed entrance to the mine and headed straight for the lookout. Along the way we passed by some equipment in the yard that towered over the bus. These Caterpillar 793 Haul trucks travel in and out of the mine 24 hours per day 365 days a year. The round trip takes around an hour to complete including loading time. These rugged machines can haul around 226.8 tons and weigh in at around 390,000 kgs at Gross operating weight. The tired stand 12 feet (3.7 m) in diameter, and cost $50,000 to replace. To put that into context, they were almost as tall as the bus we were in.  After a short stop we headed out towards the lookout.

The Super Pit, certainly lived up to its name! It was truly a sight to behold… Standing on the edge of 100 years of history was something I never imagined doing yet here I was and it was extraordinary. The work involved to make this project possible is incredible. The equipment at the bottom of the pit looked tiny from the top even though in all actuality they are massive pieces of equipment. The trucks were busy transporting ore to surface while the excavators cleaned the bottom of the pit and roadways  waiting for the next truck.

We then made our way over to the Rom pad, where   The process of extracting gold from sulphide ore begins. The trucks deliver the ore from the blast site to the ROM (run of mine) pad at the Fimiston Plant, where the crusher reduces it to chunks of rock about the size of a fist before they start the grinding process. Keeping the mill running can be a stressful job but these guys make it look easy.

The ore is then ground into very fine particles less than one-fifth of one millimetre in diameter in large rotating SAG (Semi Autogenous Grinding) and Ball Mills which look like huge steel drums. There are many different sized steel balls used in this part of the process which help to break down the material before the next step and like everything else at KCGM, the equipment was massive, but not surprisingly considering the yearly output of the mine.

Water is added to the process, creating mud-like slurry which is pumped to large tanks called flotation cells. Air is added to the bottom of the agitating flotation cells and the resulting froth which gathers at the top contains nearly all the gold. This combination of free gold, gold-bearing pyrite and telluride particles is known as sulphide concentrate.

The Carbon In Pulp (CIP) process is the next stage in the recovery circuit. In a series of large, mechanically agitated tanks, a 30% cyanide solution, lime, oxygen and lead nitrate are added to the slurry, or “pulp”, as it is usually called, to leach the gold out. The slurry moves into the adsorption tanks which contain granules of activated carbon to adsorb the gold which has leached into solution. Carbon for use in gold processing is usually made from coconut husks and is activated by heating the husks to about 900ºC without air and in the presence of steam to drive off chemicals.

Adsorption is the technical term used to describe the attraction of chemical compounds to the surface of the carbon, known as “loading”. The loaded carbon is removed from the circuit and the gold cyanide is stripped from it. When the process is complete the pulp has had almost all of its gold removed and the substance which remains, known as the “tail”, is pumped onto a tailings storage facility where the slurry particles settle and the water is recycled.

All the gold is then removed from the carbon by the elution process which leaves a concentrated solution of gold. In this process the loaded carbon is sealed in a tall metal pressure vessel called a column. It is washed first with hydro chloric acid followed by sodium cyanide and a caustic soda solution and then finally a hot water rinse under pressure.

When all the gold has been recovered from the solution, the “barren” solution is pumped back into the leach circuit. The gold sludge is removed periodically from the cathodes by high pressure water spraying. The collected sludge is filtered and dried. The “cake” that remains is mixed with fluxes and heated in a ceramic crucible in a gas-fired furnace.

When molten, the fluxes combine chemically with the impurities in the mixture to form a slag of impurities which settles on top of the gold. When the molten mixture has reached more than 1,000°C the metal and slag are tipped into an ingot mould. The slag hardens into glass, leaving the gold ingot of 300 to 500 ounces in the bottom of the mould. These gold bars, known as doré, are about 60% to 80% pure gold, with the rest consisting mainly of silver. Each bar is stamped with its own unique number, then the bars are transported to the Australian Gold Refinery at the Perth Mint where they are further refined to 99.9% pure gold. To say the least I was amazed with the scale of this operation and now understood why they called it the Super Pit! This truly is a mine of epic proportion and I hope one day to return to see the progress that has been made as the years pass by. However I had one last thing to do before I was done with this part of the trip and that was to charter a plane and fly it over the pit for some aerial footage.

More pictures of this adventure can be found in the super pit gallery @ https://insidexploration.com/kalgoorlie-super-pit-australia/

Note: The information about milling was pulled off the KCGM website and can be found in more detail @ https://www.superpit.com.au/about/mineral-processing/ 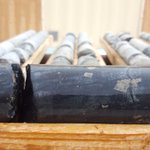 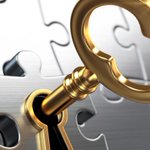 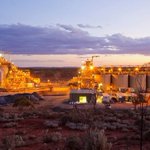