In the last decade artificial intelligence (AI) went from being talked about in context of the terminator to something that is now engrained in our society.  We are surrounded by technology, some of which can think and react to the things we do. From the obvious smart phones to high frequency trading algorithms, we embrace AI because it is more efficient and improves our daily lives for the most part. AI’s  function, is to operate intelligently and independently, but  the more data you can input the better it performs. So as time passes and more data is gathered, machines become smarter in a sense.

This principle holds true for Albert mining, which have been using Artificial Intelligence since 2005 to identify drilling targets for mining companies all over the world.

Recent results have brought light to the capabilities of the technology on the Noble Minerals Crawford property in Timmins, Ontario.

“Spruce Ridge recently performed a drilling campaign totally Four holes totalling 1,818 metres were drilled on the Crawford Ultramafic Complex. Three of the holes intersected serpentinized dunite with persistent nickel values greater than 0.25% Ni over core lengths of up to 291 metres. Using a lower threshold of 0.20% Ni, long intervals are present in all four holes, with a maximum core length of 558 metres. Individual samples of 1.5 metre core intervals reported up to 0.669% Ni. Potentially significant assays of cobalt, platinum and palladium were also reported.”

“The 2018 drilling program by Spruce Ridge and its Joint Venture partner, a group of private investors, was focused on the Crawford Ultramafic Complex, a 3.5-kilometer long body of peridotite, dunite and their serpentinized equivalents. The target was defined by a helicopter-borne magnetic and electromagnetic survey and an airborne gravity survey, both conducted over of the entire project area of 100 km/sq. An Artificial Intelligence (A.I.) review of data, provided by Albert Mining Inc. (TSX-V AIIM), also identified the area as being prospective for nickel.”

Spruce Ridge made comparisons to RNC’s Dumont Project in their latest news release and while some similarities may exist, “mineralization hosted by the Dumont Deposit is not necessarily indicative of mineralization hosted on the Crawford Nickel Project.  The dunite intersected by the Crawford drilling campaign has been extensively serpentinized and is considered to have the potential to contain recoverable nickel. However, Crawford drilling yielded long intervals with average grades of nickel, cobalt and platinum-palladium (referred to as PGEs or Platinum Group Elements) significantly higher than those at the Dumont deposit”. Further drilling and metallurgy will be required to build out the resource and understand the full scope of the deposit.

Albert Mining has a track record of success; in fact, In September FALCO Resources announced the use of the CARDS system and had great results.

“In December 2017, Falco appointed Albert Mining Inc., a leader in the use of AI, to analyze historical data in the Rouyn-Noranda mining camp using their pattern recognition algorithms (“CARDS”). The AI software learned the signatures of positive and negative gold and base metals targets and identified new targets with a high discovery potential. Fifty anomalies in gold (15), copper (13), zinc (11) and silver (11) were identified. These anomalies were grouped into 11 exploration areas.

A field investigation and sampling campaign occurred during the summer of 2018, targeting the sectors of interest identified by CARDS and by the IP anomalies. Of the eleven identified areas, four have now been investigated and multiple samples returned anomalous gold values.

The excellent results on the Greenfield properties are very exciting and promising as they are located in zones of very little historical work and without existing showings. The zones remain open in all direction and even though the focus will be on the Four Corners sector, the field work program will continue on other CARDS targets. The Company is very confident on finding other showings based on the initial success of the methodology and work program to date”.

Another notable Discovery made by Albert Mining (DIAGNOS) was on  “May 25th, 2005, The company provided a report to KWG Resources Inc. targeting the best zones within its claim blocks for potential base metal deposits using the CARDS system. Some other targets were also identified outside the property owned by KWG among which, one was exactly on Noront’s current discovery of nickel and copper mineralization.

The KWG-sponsored Albert Mining’s study had predicted that this zone had a high probability of copper discovery. Using historical data, anomalies, positive and negative drill sites, MAG and other information as training points, the system provided a local signature that was validated with some historical positive points. Targets generated were not all on KWG property; one zone with the highest probability was on Noront’s discovery.

Since Noront’s announcement, KWG and Spider have decided to drill some other targets vetted by the Albert Mining study, as a priority.”

Albert mining is truly a leader in the Artificial Intelligence space and with a newly announced revenue model and a recently closed private placement Albert mining is poised to unlock potential worldwide. The Company has proven its technology to be capable of saving time and money, making this an attractive option for junior mining companies looking to maximize their efforts. Artificial intelligence has barely scratched the surface of potential applications but Albert Mining certainly has the opportunity to be the leader in this space for years to come.

Baloo grade was 2.34 gr./ton in Q3 '19 and Fairplay open pit grades are seemingly as good as Baloo.

We had a great time teaching the students at Allion Elementary School about how rocks and minerals are used in everyday life! To book a #WHERE workshop for your class, please email schoolprograms@miningmatters.ca. Learn more about the @WHEREChallenge at: http://earthsciencescanada.com/where/ 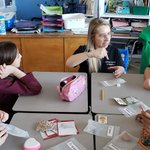 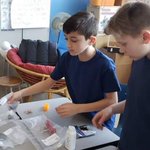 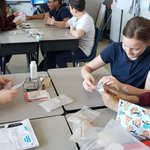 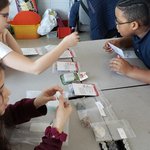 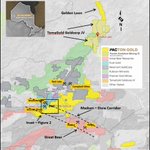 Articles MikeyMike426 - February 10, 2020
Northern Ontario is world famous for its mining operations and for good reason considering the geological nature of the province. The mining...

February 10, 2020
We use cookies to ensure that we give you the best experience on our website. If you continue to use this site we will assume that you are happy with it.OkPrivacy policy