TORONTO, Feb. 20, 2020 (GLOBE NEWSWIRE) — MacDonald Mines Exploration Ltd. (TSX-V: BMK) (“MacDonald Mines”, “MacDonald” or the “Company”) reports the assay results from the other half of the high-grade intersection of drill hole SM-19-022 that was announced in December 2019 (see Dec. 9, 2019 News Release). The intersection between 16.00 and 20.98 metres included significant visible gold (VG); which is an indication of a potential nugget effect.

A nugget effect results when a small sampling size fails to adequately represent the composition of the core tested due to the non-uniform distribution of high-grade gold nuggets in the material sampled. MacDonald’s methodology to eliminate bias has been to always send the same side of the split core for assay – regardless of where any potential visible gold is noted. By analyzing the other half of the core of hole SM-19-022 and by averaging the grade of both halves, the gold grade of the intersection has increased by more than 35%.

The Company may or may not conduct whole-core testing of the other intersections that reported visible gold from the 2019 program.

It has been well documented in the literature that, in order to adequately sample gold grains, a representative sample should weigh, at minimum, a few hundred tonnes (New Bendigo: Johannsen et al, 2003). In order to counter the nugget effect in hole SM-19-022, the Company decided to assay the other half of the core from hole SM-19-022, even though it recognized that the sample size was small.

The sampling of the entire core did make a significant difference in the reported gold grade in the section of the hole between 16.00 and 20.98 metres. The reported grade of the intersection increased by more than 35% when we average all the assay results.  There is no assumption that similar results would be observed in other intersections on the property nor that assay results would always be higher.  The purpose of this one-time sampling procedure was to corroborate our observations of VG with the results over this particular intersection.

Hole SM-19-022 tested a mineralized structure located north of the eastern end of the E-W Pit of the Scadding Deposit. Consistent with MacDonald’s observation that the historic drilling patterns were not systematically optimized to test the mineralized structures of the property, hole SM-19-022 was collared at an azimuth that was 193.5 degrees opposite of the azimuth a drill hole from the 2011 drilling program located on the same drill pad. This led in hole SM-19-022 to the discovery of a significant zone of near-surface high-grade gold mineralization starting from 16 metres down-hole. Additional drilling will be necessary to fully constrain the geometry and extent of the newly discovered structure.

On-site Quality Assurance/Quality Control (“QA/QC”) Measures
Drill core samples were transported in security-sealed bags for analyses to Bureau Veritas in Timmins, Ontario. Individual samples are labeled, placed in plastic sample bags and sealed. Groups of samples are then placed into durable rice bags and then shipped. The remaining coarse reject portions of the samples remain in storage if further work or verification is needed.

MacDonald has implemented a quality-control program to comply with best practices in the sampling and analysis of drill core. As part of its QA/QC program, MacDonald inserts external gold standards (low to high grade) and blanks every 20 samples in addition to random standards, blanks, and duplicates.  All samples over 10 g/t gold or the samples with abundant visible gold are analysed by 1 kilogram metallic screen.

Historically, the Scadding Mine produced 914 kilograms of gold from 127,000 tonnes of mineralized material grading 7.2 g/t (OFR 5771). MacDonald’s reinterpretation of the geological model at the Scadding Deposit and larger SPJ property indicates that it could host a gold-rich Iron-Oxide-Copper-Gold deposit and that significant gold structures may have been missed by previous operators’ drilling campaigns (2009-2011).

Qualified Person
Quentin Yarie, P Geo. is the qualified person responsible for preparing, supervising and approving the scientific and technical content of this news release.

The Company’s common shares trade on the TSX Venture Exchange under the symbol “BMK”.

RJK Explorations has been halted at the request of the company... $RJX $RJX.A @LtdRjk 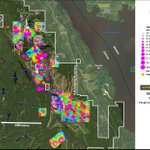 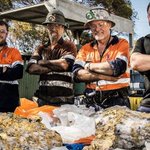 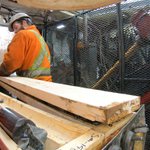 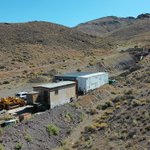 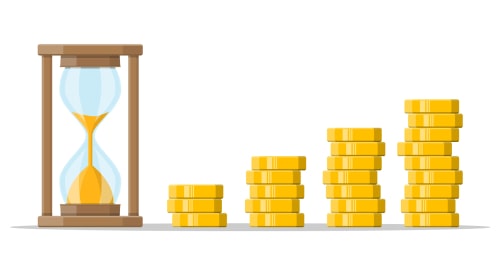