Brossard, Quebec – TheNewswire – February 25, 2020 – Windfall Geotek (TSXV:WIN), a mining services company and a leader in the use of Artificial Intelligence (AI) and advanced knowledge-extraction techniques since 2005 in the mining sector is pleased to announce that they have signed an Option Agreement with terms, whereby Flow Metals Corp., reporting issuer preparing to list in Canada, can earn a 100% interest in the Ashuanipi Gold Property, located in Northern Quebec. The Ashuanipi property is located from 30 to 90 kilometers west and north-west of Schefferville, Quebec, and lies within the Ashuanipi Complex in the northeastern portion of the Superior Province.

In 2013, following the CARDS AI modeling of an area some 330 900 km2 in the northern portion of the Superior Province, an exploration effort carried out by a team of geologists working on CARDS targets over the Ashuanipi Property returned 12 samples with assay values above 1 g/t Au and 128 with values above 0.1 g/t Au. The three most significant results originated from newly discovered outcrops and yielded assays of 17.45, 12.25, and 8.13 g/t Au, respectively. The 17.45 g/t Au value was obtained from a one-meter wide quartz vein, while other elevated results were mainly encountered within the silicate facies horizon (pyrigarnite) of iron formation lenses.

“We are excited to begin validating the targets provided by this iterative CARDS AI approach. The Ashuanipi project is an excellent fit for us, it is underexplored with strong structural control of the gold mineralization. Using the combined geophysical and CARDS targets we can start focused exploration of the project. In addition, we believe that CARDS AI can give us an edge on our other gold projects and see this agreement as the start of a long-term strategic partnership.”

“We are pleased to have completed this agreement with Flow Metal Corp, A young and dynamic team that views our association as a strategic one, We are confident that the subsequent work and  analysis of our Ashuanipi Property will generate great results and confirm the efficiency of the AI CARDS system to produce precise gold targets. We believe the results will provide the foundation for the Company to find more alliance with other mining companies or investors”.

About Windfall Geotek – Powered by Artificial Intelligence (AI) since 2005

Windfall Geotek is a services company using Artificial Intelligence (AI) with an extensive portfolio of gold, copper and zinc properties in Quebec. Windfall Geotek can count on a multidisciplinary team that includes professionals in geophysics, geology, Artificial Intelligence(AI), and mathematics. The Company’s objective is to develop a new royalty stream by significantly enhancing and participating in the exploration success rate of mining.

The search for the source of the 800 Carat Nipissing Yellow Diamond is all coming together! 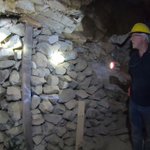 Thanks @Mikeymike426 @insidexplr for the great content on our Pamlico Project. See a still image from our video here,

The latest photos from our gold exploration projects, including drill core and the layout of the historical Scadding Mine (#TSXV: $BMK). More photos at our website: https://macdonaldmines.com/investors/photo-gallery/ 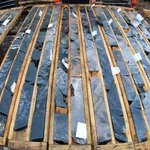 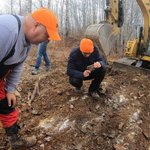 This may be the most informative video of our series and we highly recommend you watch it!