Learn the history of the Nipissing Diamond, and how RJK Explorations is working to uncover its source.

Cobalt, Ontario is a very historic mining town which was built on silver. In fact it became the Silver Capital of Canada after it produced over 460 million ounces from over 100 mines since the initial discovery in 1903.

Oddly enough the same year the Nipissing yellow diamond was discovered west of lake Temiskaming. Unfortunately, the diamond discovery went somewhat under the radar… until now!

RJK Exploration is actively working to write their own story about the famed yellow diamond and we are happy to be helping them tell their story.

Follow us by subscribing to our channel and visiting us at insidexploration.com

Save Canadian Mining is a movement started by founder Terry Lynch, a mining veteran in Canada. Lynch told Proactive at the Vancouver Resource Investme...

"The Pediment is very anomalous because the pediment surface is fairly high in the mountain range and you don't normally see that." Robert Carrignton $NRG $NRGOF @insidexplr 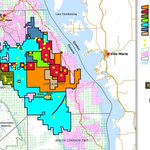 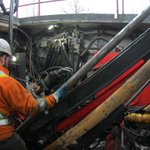 January 20, 2020
We use cookies to ensure that we give you the best experience on our website. If you continue to use this site we will assume that you are happy with it.OkPrivacy policy