Kirkland Lake, Ontario – January 21, 2020 – RJK Explorations Ltd. (TSXV: RJX.A, US OTC: RJKAF) (“RJK” or the “Company”) is pleased to announce that it has received positive results from its SGH (Spatiotemporal Geochemical Hydrocarbon) soil sampling program, conducted on three separate geophysical targets which the company has identified as potential kimberlite pipes.

SGH analysis is used to identify potential ore bodies by testing the hydrocarbon ratios in the parts-per-trillion (ppt) present in the soil. Hydrocarbon signatures tend to be unique above different geological structures which allow the test to identify a range of different ore bodies, including kimberlite. The results are graded on a scale of 0-6, with 4/6 being the first level of confidence for further testing, and 6/6 being the most prospective.

Both the T1 and T2 targets tested positive for kimberlite with a 5/6 and the Paradis geophysical anomaly scored 4.5/6. These initial SGH results are a very encouraging and the company plans to test each location during its winter drilling program. Limited drilling was completed at Paradis last spring; however, after further analysis, the drilling did not adequately intersect the geophysical anomaly and will require follow up drilling.

RJK is also pleased to announce that it has acquired an additional 150 mineral claims through staking, comprising of approximately 7,500 hectares. The company now holds a dominant land package in the Cobalt mining camp with over 35 potential kimberlite targets slated for follow up testing.

Mr. Peter Hubacheck, P.Geo, Project Manager for RJK is the Qualified Person as defined by National Instrument 43-101 has approved the technical disclosure in this release.

Soil samples are preferably taken in a grid. One or two line transects provide much less information. Sample locations must be provided as UTM’s or relative coordinates with the submission of samples. Samples should be taken to a distance at least the full width of the predicted target on either side, e.g. a 200 m diameter target would have samples taken at least 200 m further on each side of the target.For smaller targets, such as for Kimberlite or Uranium pipes, two intersecting transects in a cross formation might be used which provides for a significantly better interpretation than from a single transect but has less confidence than from using a grid. The minimum sample spacing for SGH is 20 or 25 m to a maximum of 1,500 meters depending on the type of target.

SGH is a dual purpose method that can locate a buried target as well as identify the type of target present. A pattern recognition approach to the data has resulted in defining specific SGH signatures for various types of targets. The SGH signatures in surveys over Gold, VMS, Nickel, Copper, Kimberlite, Uranium, Lithium Pegmatites, IOCG, Silver, SEDEX, Tungsten, Platinum, Molybdenum and Polymetallic type deposits.

For more information on the T1 and T2 targets watch this short video. 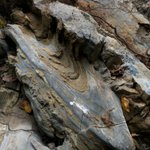 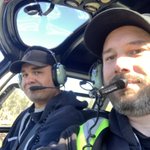 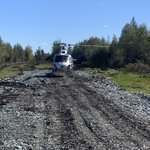 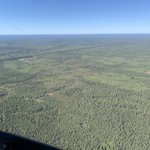