TORONTO, Jan. 23, 2020 /CNW/ – RNC Minerals (TSX: RNX) (“RNC” or the “Company”) is pleased to announce that for the full year 2020, management is targeting consolidated production of between 90,000 to 95,000 ounces of gold at an average all-in-sustaining-cost (AISC)1 of US$1,050 to US$1,200 per ounce. It is important to note that the production and cost guidance does not include contributions from any potential high-grade coarse gold occurrences encountered from time to time at the Beta Hunt Mine. Based on management’s current interpretation of the Beta Hunt shear zone / Lunnon Sediment intersection horizons, further coarse gold is expected to be produced from mining operations over the course of 2020, representing potential upside to the 2020 production and cost guidance estimates.

The 2020 guidance does take into account the relatively minor disruptions caused be wild fires earlier this month as previously discussed in RNC’s news release dated January 8, 2020.

Consolidated HGO and Beta Hunt exploration expenditures for the full year 2020 are targeted to be from A$9.5 to $10 million. Exploration expenditures are expected to prioritize areas at Higginsville (HGO properties) given the recent renegotiation of royalties (see RNC news release dated December 19, 2019) which has now unlocked significant high-value portions of the property that were previously not explored.

“Our 2020 guidance reflects a continuation of the consistent production we achieved in the second half of 2019. However it is very important to note that our guidance does not include contribution from high-grade coarse gold production from the Beta Hunt Mine. With this in mind, we believe there is upside to our production and cost guidance that we will be able demonstrate as the year progresses.

Since acquiring the Higginsville mill in June 2019, we have focused squarely on improving our cost profile company-wide. This initiative will continue as a priority in 2020. With targeted quarter over quarter cost reductions, we expect AISC costs to trend towards our target of US$1,000 per ounce by the end of the 2020.

With a large portion of our 1,800km2 Higginsville property now unlocked for aggressive exploration for the first time in over 7 years due to the royalty renegotiation in December, we have prioritized a list of strong targets for 2020. Recent results from our exploration and grade control drilling across the property have been very encouraging, and we look forward to advancing these targets during the year.

Mining at Higginsville is also exceeding our expectations. With Baloo continuing to grow, the Stage 1 pit life has now been extended to mid-year 2020, followed by Stage 2 mining which is expected to continue for the balance of 2020. Our pipeline of open pits is delivering, with results from Fairplay North, our second open pit, having shown some very good high-grade results to-date.

2019 was a transformational year for RNC and our shareholders. We look forward to an even stronger 2020.”

As a final reminder, and as initially stated in RNC’s third quarter 2019 results news release dated November 6, 2019, RNC will now be reporting production and cost results on a quarterly basis moving forward, in line with standard industry practice.

As previously disclosed in RNC’s news release dated January 8, 2020, despite several bushfires burning in the HGO area throughout late 2019 and early 2020, HGO was subject to only minor disruptions to mining, utilising mill stockpiles to maintain production targets.

Figure 1 shows several areas RNC is either actively advancing or evaluating as high-priority targets. In addition to Baloo, where RNC has been developing and mining since the HGO acquisition last June, a number of tenements covered under the re-negotiated Morgan Stanley royalty are now considered high priority. These areas include Fairplay North, Pioneer, the Two Boys extension and Paleochannel extensions.

At Baloo Stage 1, mining is now forecast to continue to mid-2020 (previously expected to cease in Q1 2020). Baloo Stage 2 mining approvals are expected during Q1 2020 with mining scheduled to begin in at the completion of Stage 1 and continue until the end of the year.

Since acquisition of the HGO mines, RNC has completed a 20 resource definition holes totalling 492m and 19 exploration holes totalling 1,897m at Baloo. Drilling focussed on the following target areas with the aim of increasing and upgrading the existing resource:

Drilling results have either confirmed or expanded upon modelled mineralisation. Some of the highlights include (downhole intervals)1.:

Following the restructuring of the HGO royalties under the Morgan Stanley agreement (see RNC news release dated December 19, 2019), additional work has been undertaken to prioritize development of certain HGO tenements. The first of these is Fairplay North, located only 1 km from the HGO mill.

The pit will be mined in two stages to optimise mining operations and will be mined concurrently with Baloo to ensure optimal feed blend to the HGO mill. Expected completion of Stage 2 is by the end of Q3 2020, however recent drilling has raised the potential for this to be extended.

To date, RNC has completed 26 resource definition RC holes totalling 1,721 m at Fairplay North.  Drilling focussed on upgrading the existing historical resource within and on the margins of an optimised pit shell.

Drilling highlights are summarised below1:

The disclosure of scientific and technical information contained in this news release has been reviewed and approved by Stephen Devlin, FAusIMM, Vice-President, VP Exploration & Growth, Salt Lake Mining Pty Ltd, a 100% owned subsidiary of RNC, a Qualified Person for the purposes of NI 43-101.

At the Higginsville Gold Operation reverse circulation drilling chip sampling was conducted by RNC personnel. Samples are transported to Bureau Veritas Minerals Pty Ltd of Kalgoorlie and Perth for preparation and assaying by 40 gram (approx.) fire assay analytical method. Analytical accuracy and precision are monitored by the analysis of duplicates, additional blank material and certified standards inserted in the sample stream. Samples are weighed as received, dried and split to less than 3kg then pulverised by LM-5 to ensure a minimum 90% passing at -75µm.

This news release contains “forward-looking information” including without limitation statements relating to the liquidity and capital resources of RNC, production guidance and the potential of the Beta Hunt Mine, Higginsville Gold Operation and Dumont Nickel Project.

Forward-looking statements involve known and unknown risks, uncertainties and other factors which may cause the actual results, performance or achievements of RNC to be materially different from any future results, performance or achievements expressed or implied by the forward-looking statements. Factors that could affect the outcome include, among others: future prices and the supply of metals; the results of drilling; inability to raise the money necessary to incur the expenditures required to retain and advance the properties; environmental liabilities (known and unknown); general business, economic, competitive, political and social uncertainties; results of exploration programs; accidents, labour disputes and other risks of the mining industry; political instability, terrorism, insurrection or war; or delays in obtaining governmental approvals, projected cash operating costs, failure to obtain regulatory or shareholder approvals. For a more detailed discussion of such risks and other factors that could cause actual results to differ materially from those expressed or implied by such forward-looking statements, refer to RNC’s filings with Canadian securities regulators, including the most recent Annual Information Form, available on SEDAR at www.sedar.com.

Cautionary Statement Regarding the Beta Hunt Mine and Higginsville
The decision to produce at the Beta Hunt Mine was not based on a feasibility study of mineral reserves, demonstrating economic and technical viability, and, as a result, there may be an increased uncertainty of achieving any particular level of recovery of minerals or the cost of such recovery, which include increased risks associated with developing a commercially mineable deposit. Historically, such projects have a much higher risk of economic and technical failure. There is no guarantee that anticipated production costs will be achieved. Failure to achieve the anticipated production costs would have a material adverse impact on SLM’s cash flow and future profitability. Readers are cautioned that there is increased uncertainty and higher risk of economic and technical failure associated with such production decisions. It is further cautioned that mineral resources are not mineral reserves and do not have demonstrated economic viability.

A production decision at the Higginsville gold operations was made by previous operators of the mine, prior to the completion of the acquisition of the Higginsville gold operations by RNC and RNC made a decision to continue production subsequent to the acquisition. This decision by RNC to continue production and, to the knowledge of RNC, the prior production decision were not based on a feasibility study of mineral reserves, demonstrating economic and technical viability, and, as a result, there may be an increased uncertainty of achieving any particular level of recovery of minerals or the cost of such recovery, which include increased risks associated with developing a commercially mineable deposit. Historically, such projects have a much higher risk of economic and technical failure. There is no guarantee that anticipated production costs will be achieved. Failure to achieve the anticipated production costs would have a material adverse impact on the Corporation’s cash flow and future profitability. Readers are cautioned that there is increased uncertainty and higher risk of economic and technical failure associated with such production decisions. 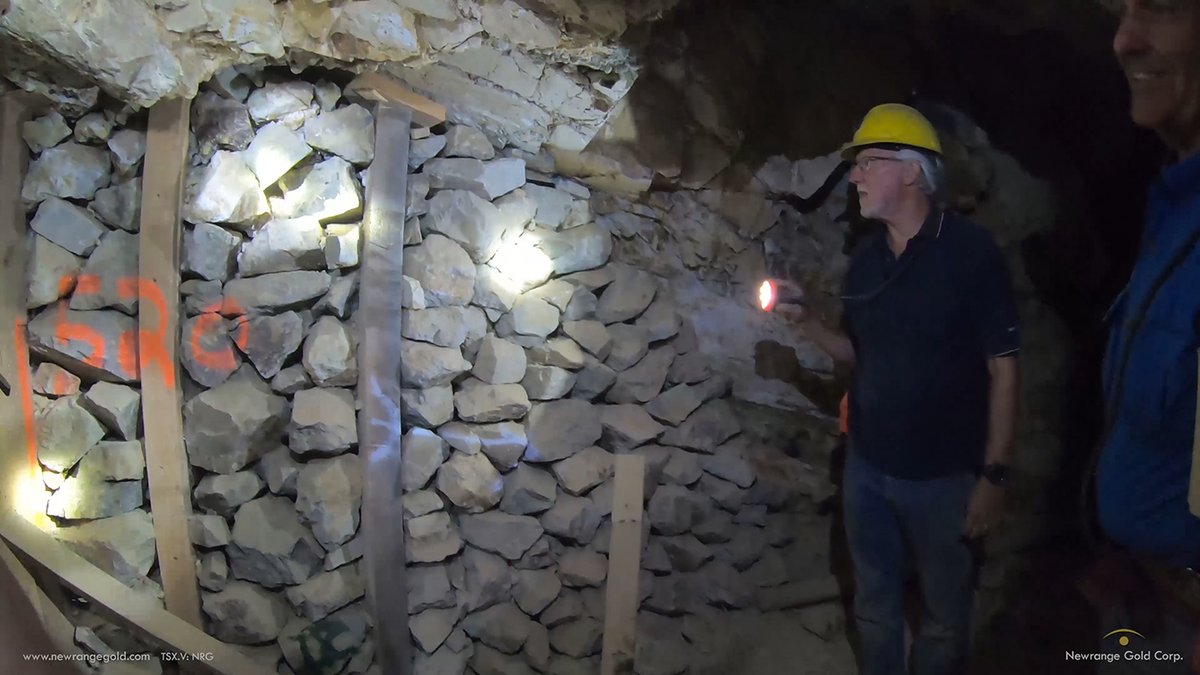 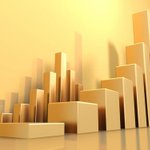 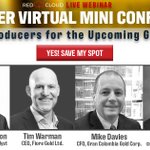 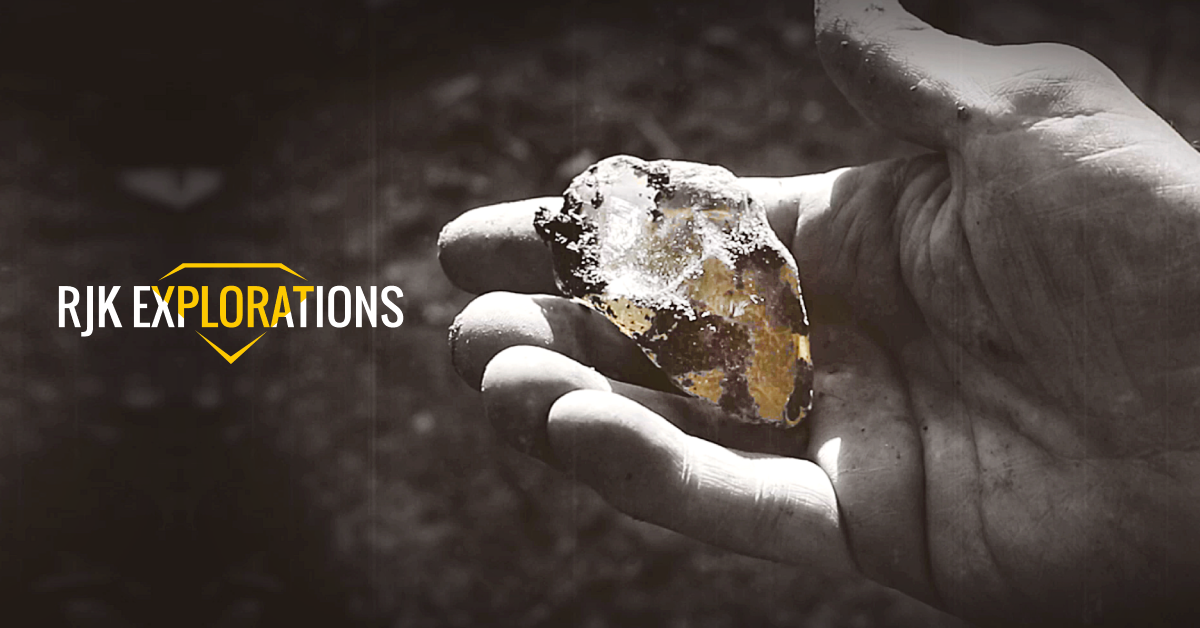